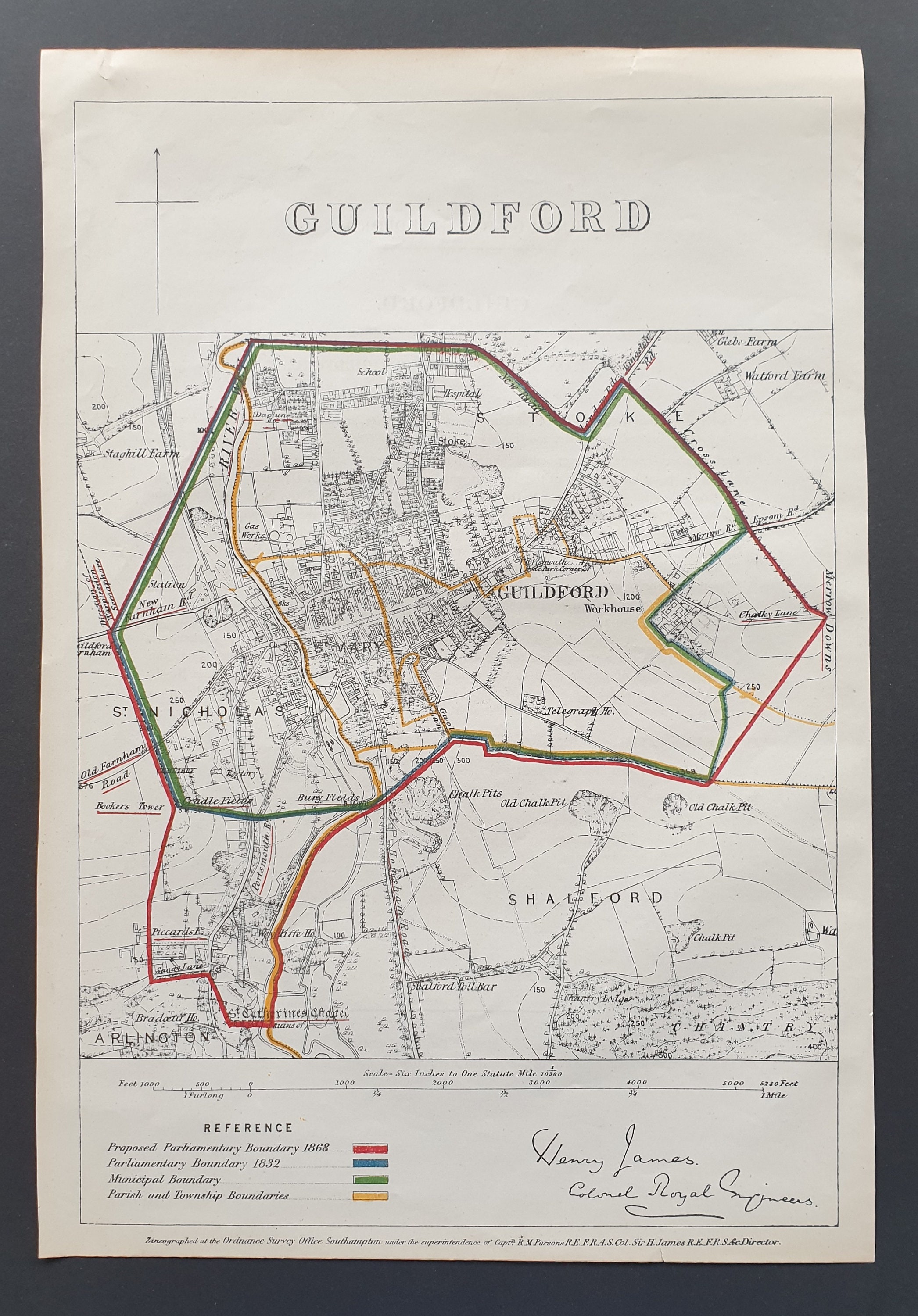 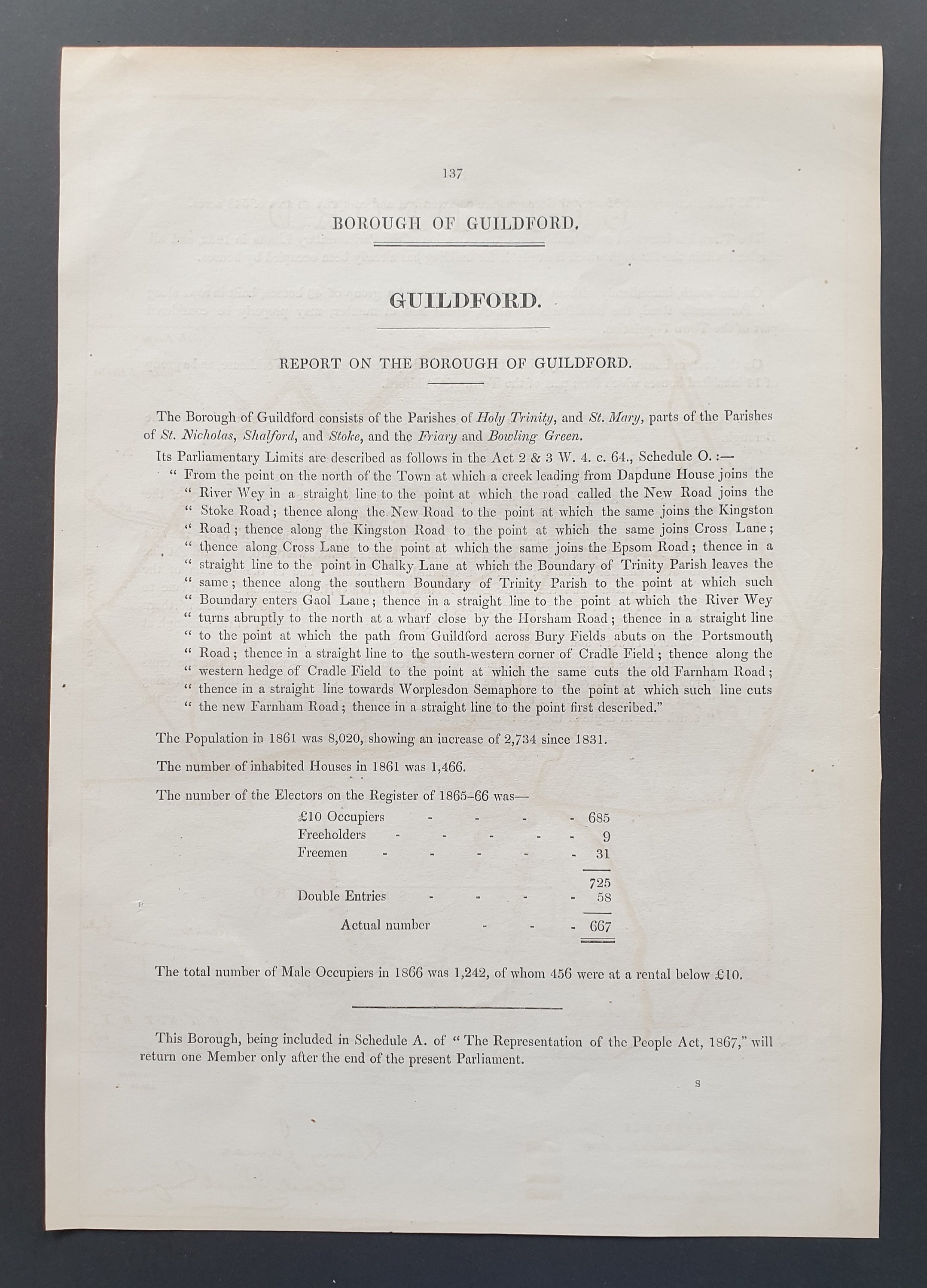 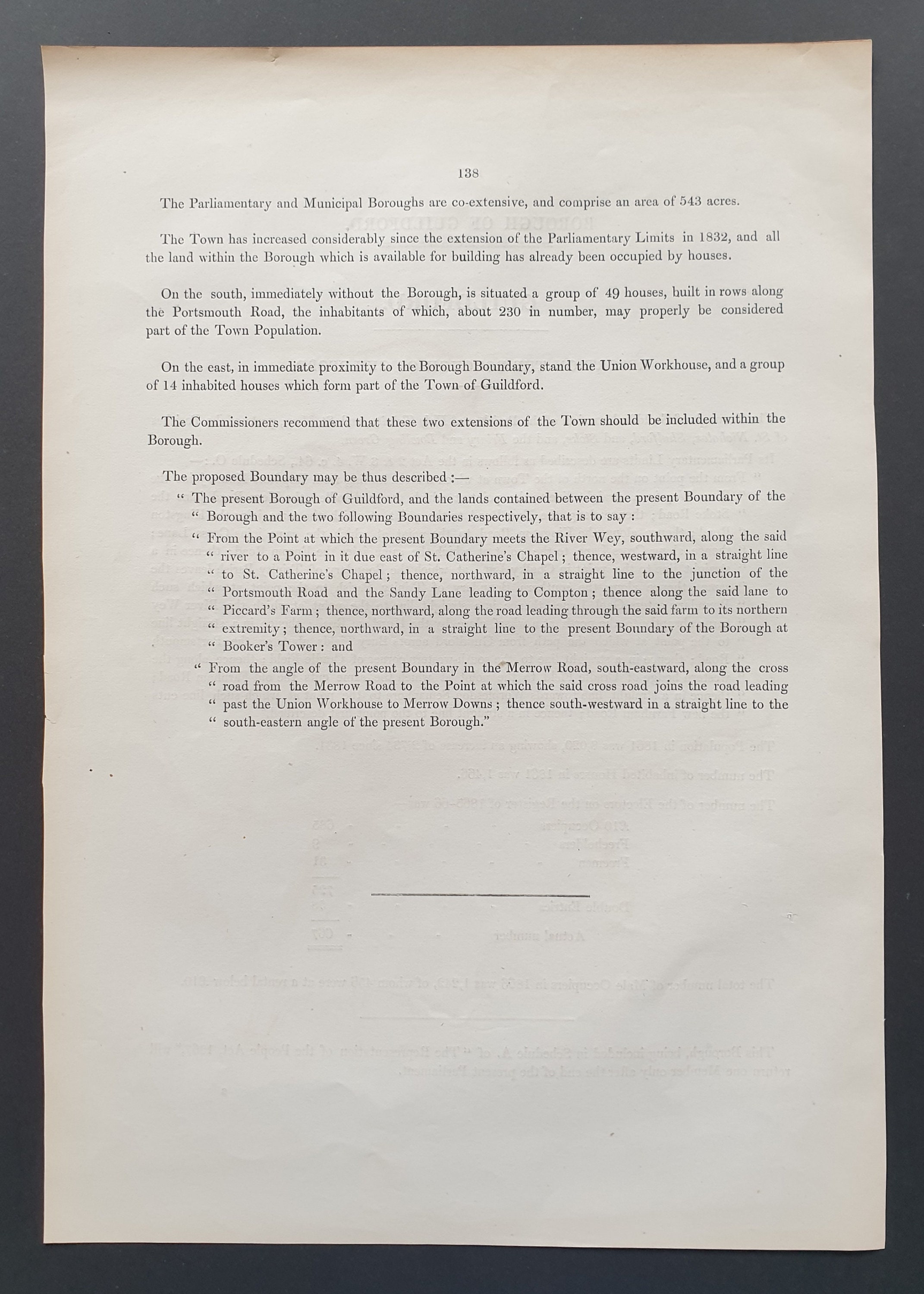 This is an original antique zincograph map, not a reproduction or a copy.

The Report of the Boundary Commissioners or England & Wales by Captain R.M. Parsons and Colonel Sir Henry James of the Royal Engineers.

The country was surveyed by the commission in 1868 to update the boundaries set down in the earlier 1832 reform bill - which had seen the start of the move towards greater representation in Parliament for the urban centre's and for the widening of the electoral base that was to be further progressed in 1885 .

The second Reform Act, passed in 1867, remained based on property ownership, the vote being granted to to all householders in the boroughs as well as lodgers who paid rent of £10 a year or more, and by reducing the property threshold in the counties gave the vote to agricultural landowners and tenant farmers.

As this report was given to so many people, it was zincographed, an early Victorian variation of photocopying.

Comes with full notes on the reverse (see pictures).

Due to it's age there may be marks, smudges, off centre printing, small tears and other age related markings. Please look at the photos as they form part of the description.

Ship items back to me within: 14 days of delivery

Request a cancellation within: 4 hours of purchase

But please contact me if you have any problems with your order.

The following items can't be returned or exchanged

Because of the nature of these items, unless they arrive damaged or defective, I can't accept returns for:

Questions about your order?

Please contact me if you have any problems with your order.

0 items in your cart